Written by admin on 11th October 2012. Posted in Local News. Leave a Comment 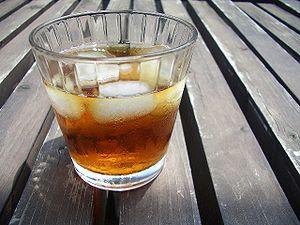 South African beverage companyBOS Ice Tea has launched what may well be the world’s first Twitter-activated vending machine, according to website Memeburn.

The BOS ice tea vending machine is called ‘BEV’ and is currently standing at Wembley Square in Cape Town. Anyone who sends a tweet to the machine while standing in front of it will receive a free sample of BOS Ice Tea, a popular organic beverage made in South Africa from Rooibos, an indigenous plant which locals have used to make traditional tea for hundreds of years.  Itsmanufacturers boast that BOS Iced Tea is a ‘deliciously refreshing organic ice tea made entirely in South Africa with enormous integrity and care.’

South Africans are more active on Twitter than people from any other country in  Africa, according to a study issued in January by Portland Communications and Tweetminster.

Nur Bremmen, a tech writer at Memeburn, gives a brilliant and vivid description of how the vending machine works:

The BOS ice tea robot, called BEV, connects to the Twitter Streaming API and registers the configured hashtag as a filter. All tweets containing the hashtag on the entire Twitter network are then streamed to the BOS sampling machine. It then checks every Tweet’s location settings, and compares it with its own location boundaries (also configurable).

When a Tweet is found to be within the boundaries, a drink is dispensed, and the machine deactivates itself for set period. During this time, the screen name field of the tweet is displayed on the LED display, alternated every five seconds by the number of seconds left before the machine becomes active again.

My Office News Ⓒ 2017 - Designed by A Collective